Lahore Qalandars break the 7-year drought by defeating Multan Sultans by 42 runs in front of a jam-packed crowd at Gaddafi Stadium, Lahore. Every player of Qalandars has showcased their talent with the best catches, hitting or swings. Also, we experienced the calculated captaincy of Shaheen Shah Afridi and he led towards success.

However, at the beginning of the match, Lahore Qalandars was under pressure and lost three early wickets. But professor Mohammad Hafeez has stepped in and rebuilt the innings, he scored a brilliant half-century to set the platform for Harry Brook and David Wiese to hit some big shots at the end of the innings to prep the high target for Multan Sultans. David Wiese has continued with his superb hitting and he struck 28 runs off 8 balls to take Lahore to 180/5.

The bowling of the Sultans was out-classed, again Asif Afridi played well with the new ball and secured important wickets.  However, during the second inning, they lost Mohammad Rizwan, Shan Masood and Aamer Azmat to reduce Multan 46-3. Unfortunately, Multan Sultans were unable to recover as Lahore tightened the bowling length, swings or fielding.  Khushdil Shah and Tim David smashed some boundaries but were not able to stand till the end. The Multan Sultans were all out for 138 as they lost the final by 42 runs.

Many hearts got cherished with Lahore Qalandar’s win,  alongside Mohammad Rizwan and  Shaheen Shah Afridi hug got a spread fan base. The Viral Cat would like to dedicate Arjit’s song ‘Meri Jeet Teri Jeet’, to this beautiful friendship. Well, during this tournament we witnessed cute moments, sometimes it’s Shahnawaz Dahani or Imran Tahir, Shahdab Khan or Babar Azam, Babar Azam or Mohammad Rizwan. As the commentary box of PSL 7 declared the two happiest captains are Mohammad Rizwan & Shaheen Shah Afridi.

The pre-match closing curtain ceremony to the post-match ceremony was super exciting and fun. 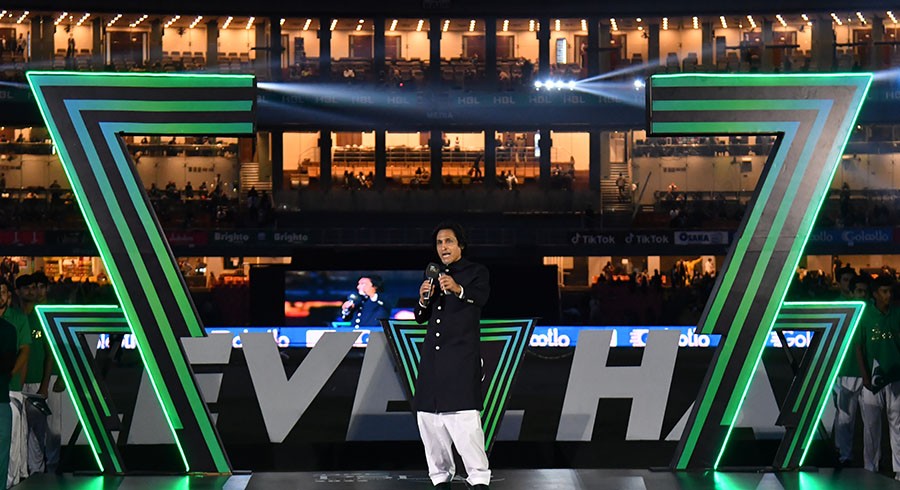 During the post-match ceremony, we also witnessed some special moments between the commentators and the players.

There’s another thing about this match that our all-time favourite commenter RAMBO aka Ramiz Raja gives a surprise visit to the commentary box,  and again fans got crazier.   He brings a piece of good news with him that PSL 2023 will be extended in all the cities of Pakistan and we’ll make sure the International players or the commentary crew have a lot more fun than this time #LevelHai. In the end,  THE VIRAL CAT wishes a big congrats to Lahore Qalandars to gain the title ‘PSL 7 – Champion’.  Also, a big shout out to the PCB and Pakistan for hosting a successful event this year.